B is for Bible - The Word of God

B for Bible - The Word of God

Second Alphabet in line is

first thing in my mind comes

about the greatest gift human

beings ever received from

God, That is nothing but

The Bible or The Holy  Scripture.

Much has been written and talked about this great book from

the beginning of humanity, and the process is still continuing.

God the Creator of this Universe today speaks to His people

through this Book,  Everything about human being his birth,

well being, existence, his future/destiny everything is clearly

mentioned in this living book.  No other book on earth is widely

referred like the Bible.  And at the same no other book received

such criticism like the Bible received.  From its birth kings, rulers

and the administrators and authorities tried their level best to

destroy/eliminate  this wonderful book from earth, but it still

continues its endless journey and creating records in its

production, sale and distribution. Yes, the most circulated or

manufactured book on earth is Bible. It still holds the number

one position in circulation and popularity among all books

created on this earth.

provided through His death on the cross of Calvary.  One who

ever and will obtain eternal life.

But unfortunately many are just ignoring this great message

Final Message: Believe on Lord Jesus Christ and Live a

"For God so loved the world, that he gave his only

begotten  Son, that whosoever believeth in him should not

perish, but have everlasting life." John 3:16

Posted by annisblogging at 12:00 PM 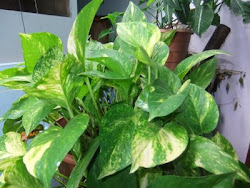